The WPP continues to be an effective tool for law enforcement to combat terrorism and organized crime. In the last year, in partnership with its many stakeholders, the Royal Canadian Mounted Police (RCMP) has continued to work at implementing a number of significant enhancements in order for the Program to become more accountable, effective and protectee focused. The Program remains available to not only the RCMP, but to all law enforcement agencies in Canada and to foreign agencies. In addition, with the coming into force of Bill C-51 on November 1st, 2014, the Program is now available to any federal department, agency or service that has a mandate relating to national security, national defence or public safety matters.

The statistics included in this report are based on the services provided by the RCMP between April 1, 2016 and March 31, 2017. Protectees include individuals from RCMP cases, protectees referred by other Canadian police services and foreign protectees under subsection 14(2) of the Act. Protection given under subsection 14(2) is on a cost-recovery basis, including the related expenses of RCMP personnel.

The following is a breakdown of services provided to the law enforcement community (Tables 1 and 2):

During this period, the RCMP received requests to assess sixty four (64) files for admission purposes.

As well, during this period twenty three (23) cases were provided with alternative methods of protection. Alternative methods of protection are provided in cases where individuals refuse to be admitted into the WPP or fail to meet the criteria for admission into the Program. Some of the reasons stated for the refusals include the conditions imposed and an unwillingness to relocate.

Fluctuations related to admissions from year to year are largely due to: law enforcement activities during the fiscal year; single protectees, rather than those with dependents, being admitted to the Program; and variables outside the administration of the Program.

There were no cases of civil litigation filed against the RCMP WPP during the reporting period.

Cost of the Program:

The RCMP is providing Parliament with a list of the costs to administer the WPP. Amounts provided are for those incurred by the RCMP only. These do not take into considerations expenses incurred by other law enforcement agencies.

Tables 3 and 4 include wages and benefits for personnel, expenses, travel costs, administrative and protectee relocation expenses totaling $11.6M. This total includes the cost of internal services of $1.6M which was not captured in previous years (e.g., financial management, legal services, real property services and human resources). 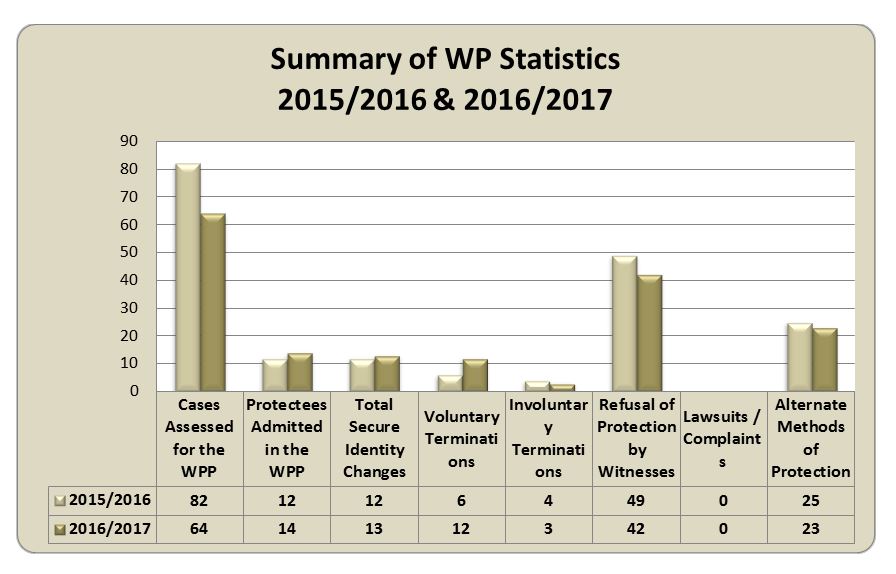 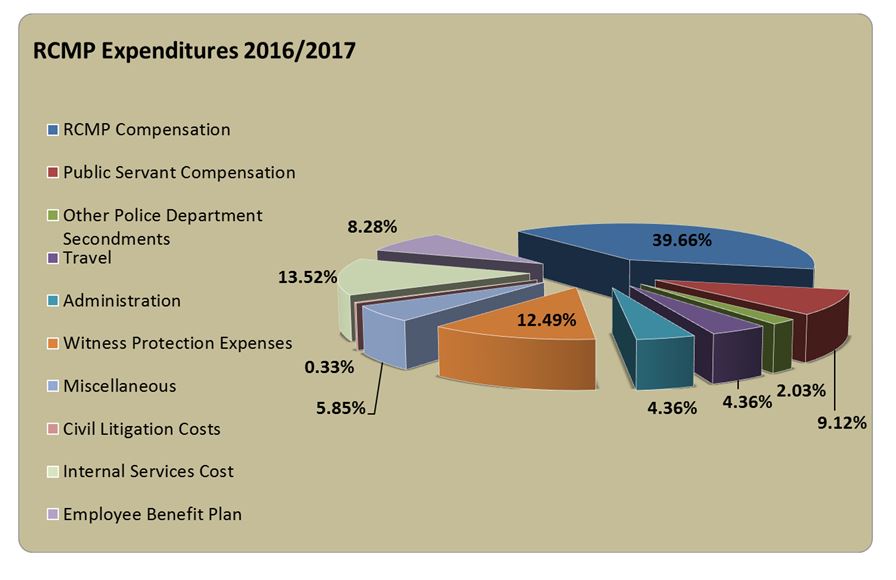